by Man From Planet Risk 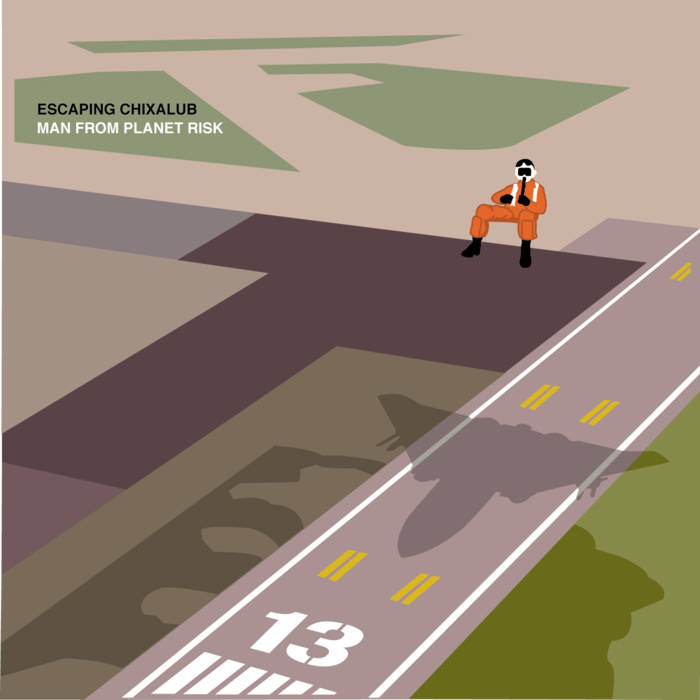 The Man from Planet Risk debuted last night at the The Lucky Cat in Williamsburg. Their CD Escaping Chixalub is what might be called "downtempo horrorcore" (or The Music Formerly Known As Triphop--more on this below) but the live set, substituting drums for old skool hip hop beat machines, changed the feel of the sound quite a bit. Live, drummer Cave Precise seems to be imitating a beatbox or drum instruction cassette, except he's trying as hard as he can to destroy the drums. His manic rigidity and intensity tipped the sound over from the hiphop column to rock-and-roll, a kind of minimalist psychedelic metal. "Minimalist" because each "song" is basically just a really cool metalloid riff--a big ungainly slab of doomstruck sound--played long enough for the audience to get the point and then ended.

For all its echo-y horror soundtrack atmospherics and Black Sab-like bass riffs, the CD is much lighter: the beats are spryer, with turntable twists & jazzy piano riffs livening up the doom and gloom. I mentioned triphop because the sound is truly trippy: keyboardist/laptopper Jenghizkhan approaches music like a painter (and is in fact a visual artist, exhibiting under his real name John Parker), taking advantage of all the filtering and timestretching capabilities of modern keyboard tech to make layers of artfully mangled sound. Imagine Ennio Morricone eclectism shot through with the kind of dreamy, smeared psychedelia of San Francisco post-punkers Chrome, or the European hardcore tech of The Mover set to a hiphop beat. But also none of the above.

Featuring interviews with the mighty Hiatus Kaiyote and genre-busting L'Rain.